On Sunday just gone, I stood at the Olympic Park in Stratford with thousands of other cyclists waiting to start the 2018 incarnation of the Prudential Ride London 100 mile sportive. Despite the dullened skies and the ever increasing rain, spirits were high and the famed British sense of humour shone through in the massed ranks.

I had one of the latest start times possible, 9am, which wasn’t the best for me as I’m an early bird usually and the weather was forecast to get worse.

The first 30 miles flew by and before I knew it we were wheeling through the gates of Richmond Park, that’s where my ride took a turn for the worst. I’d already noticed people’s inability to heed the instructions and keep left and it was tough to keep speed going into the small lumps that you can easily get over if allowed to keep your pace. Going up one of those lumps a fellow rider, without looking, moved straight out in front of me and clipped my front wheel, sending me spinning to the ground with a massive thud. The result? A small headache, a dented helmet, a ripped shower top, a painful right thigh, a couple of dents in the paintwork and a hugely buckled back wheel. There was no way I was quitting so I pressed on to the Hub at Newlands Corner and queued up to see the mechanic who did what he could to straighten up my wheel. 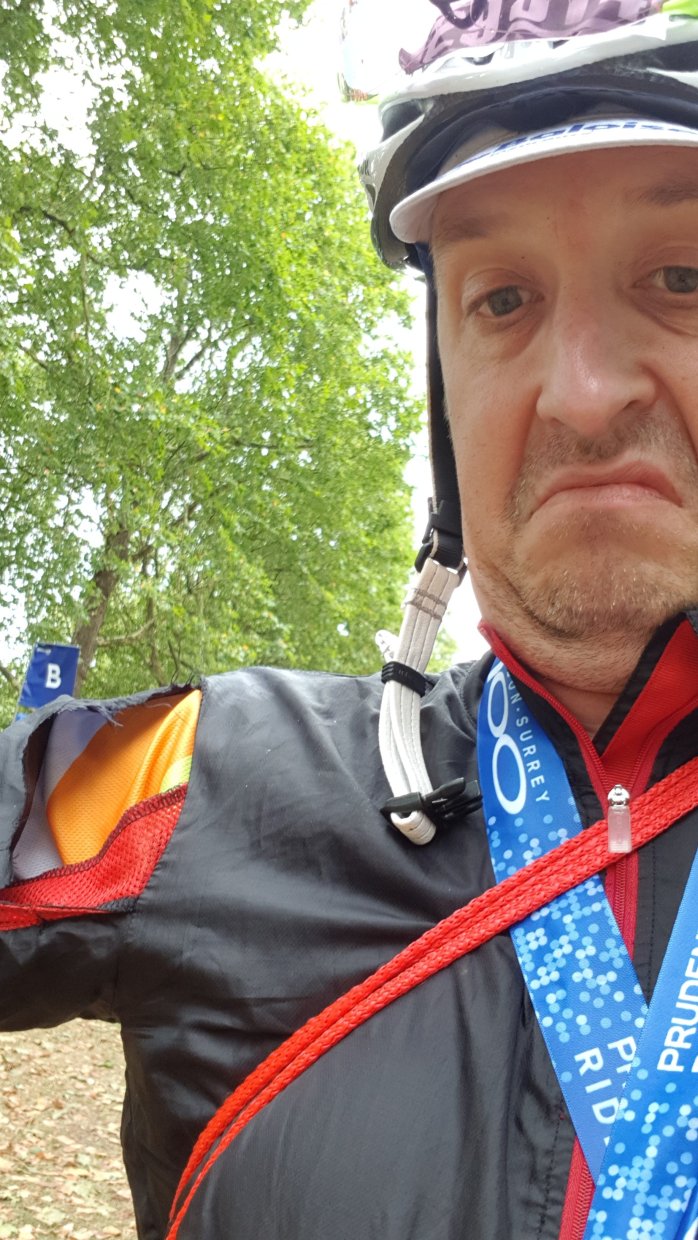 After standing in the rain for half an hour waiting for the mechanic I was on my way again, despite the damage I was looking forward to the tests of Leith Hill and Box Hill. When we got to the end of a road I was expecting a right turn to Leith but, instead, we were directed left and were told that Leith Hill was closed. Disappointed, we crawled down the other side of Leith Hill and on to Box Hill where, again, we were told the hill was closed due to a medical incident. I was annoyed and disappointed, all that training and effort was wasted and I cursed the only rain we’d had in about 3 months. In an increasingly annoyed state I made my way back to London and the finish on The Mall. It was an anticlimax, I’d finished but I hadn’t finished. I’d only done 90 odd miles because of the rerouting of the ride and the medal I was given, to me, felt worthless. 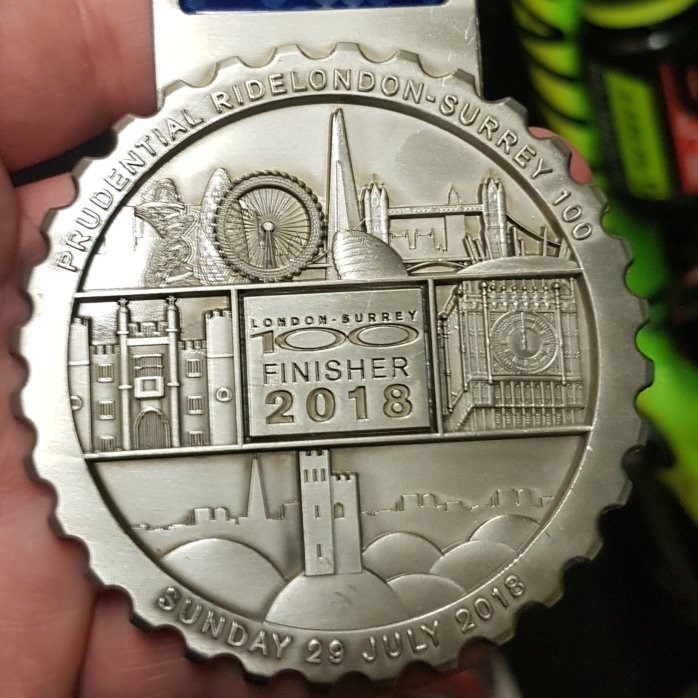 It was only way after the event that I learnt of the passing of Nigel Buchan-Swanson on Ockley Road near Leith Hill. A fellow rider, riding for Macmillan Cancer Support, had suffered a fatal heart attack on the route, hence the the closures. A pang of guilt mixed with sadness hit me, guilt for all of the anger that I’d felt for not being able to complete the ride and sadness for the soul of a dedicated cyclist and fundraiser.

The ride was everything I hoped it wouldn’t be in the end, which was a sad end to something I’d wanted to do for so long.

Dedicated to Nigel Buchan-Swanson, may the giving of his life help to save so many others. I have made a donation to Nigel’s Just Giving page, if you would like to do the same the link is here