Heroes to the Giro!

2019’s trip to Paris-Roubaix was such a brilliant adventure that we’ve decided to go on the road again in 2020. Stuff Peter Sagan, the King of Limburg is going to ride his first Giro d’Italia in 2020 and we’re going there too!

When the Tour route was released in October, the mountainous parcours caused me to send Mike Teunissen a message asking if he and Dylan would be going on holiday to Italy instead of France this year. “Probably!” came the reply. It’s a busy year for the pro cyclists with the added complication of an Olympic year to deal with. The parcours of that route around Mount Fuji, with nearly 5,000 metres of climbing, will put the sprinters (and many puncheurs) off attending so there’s a lot of jiggling to be done in the riders’ race programmes. It’ll be a busy spring for Mike with the Classics still being one of his main focus points and goals, I really do think he can push on again and improve last year’s 7th at Paris-Roubaix IF he gets the freedom to do so. 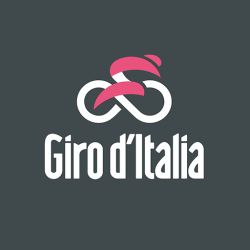 So, what of the Giro? Where are we going?

I thought I would write this post because I was pleasantly surprised at how little this is costing each of us, just over £200 each including flights, hire car and AirBnB accommodation for 3 nights. That means that we will get to see two stages of this year’s race, including one iconic climb.

We fly from Gatwick to Milan Linate with EasyJet, where we’ll pick up our hire car (we plumped for a VW Golf or equivalent). From there, our route will take us north, round the right hand shore of Lake Como and up to Bormio in the Lombardy region of the Alps. Here we’ll make our base for two nights

Stage 18 Pinzolo > Laghi Di Cancano (209km) – From our AirBnB we’ll travel upwards to the iconic Stelvio Pass to await the riders and the Cima Coppi (weather permitting). The route we will take will be the reverse of the fast descent that the riders will roll down later in the day as they make their way to the finish at Laghi Di Cancano. With Dylan Groenewegen in the race and a sprint stage the following day, I’m fully expecting Mike to be on Gruppetto duty so hopefully we’ll get to give him a cheer and a friendly nudge in the right direction 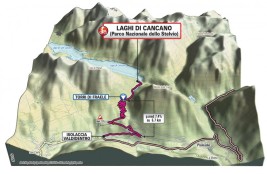 Stage 19 Morbegno > Asti (251km) – The longest stage of the race is also one of the flattest. I would expect that it will be a fairly slow stage (following the Stelvio and in anticipation of stage 20’s climbs to Sestriere) and it should finish in a bunch sprint which brings Mike into play again in the lead out. Obviously this depends on how many sprinters are left in the race, if too many have DNF against their name then there could be a chance for the break if the bunch don’t want to chase.

We will leave Bormio early doors and head to Asti where we have our final night’s AirBnB accommodation. We’ll try to get as close to the finish line as possible and hopefully grab a word with Mike after the stage. Stage 20 starts in Alba, about half an hour away, so I would imagine the team hotels won’t be too far away.

Home time. We have the day to spare before our flight at 5pm, I may suggest the trip to Alba to watch the start of stage 20 if there is enough time.

So, there it is, a whistle stop tour of the Giro but one that we are both looking forward to immensely. Italy is a country that I have only visited a couple of times so I’m excited to go back, especially to see the bike racing!